LUNA by Perfect Scums
As you all know, this blog has always been written in chinese. I think it's one of the few chinese blogs around. I don't usually blog in english. But this album, Luna by Perfect Scums is worth the effort to write in both english and chinese.

Last week, Cyril posted on Sarawak Bloggers Society's Whatsapp group about an opportunity to review an album. Being a musician myself, I just couldn't pass up this opportunity. And a few days later, I got a message from Marg. She gave me some details on the band and the album, and of course, the album itself.

Here are some of my thoughts about the album.

First of all, I'm a classic rock guy. But I enjoy all sorts of music as long as they are good. And I can tell you that I really enjoyed this album. The songs in this album mostly has catchy chorus, particular track no. 5, Dreaming, which is one of my favourite from the album. Besides, track no. 5, I really like track no. 8 yeah whatever and track no. 10 This Was Not A Part of My Plans. These two tracks has a nice groovy bass line. Track no. 2 Blue has really nice slap bass but too bad, I don't quite like the vocal on this track. But I guess this is the kinda voice you're gonna have when you're feeling blue and walking down that lonely way. Most of the tracks are groovy and funky. Track no. 9 You is the only slow track with a bit of R&B touch.

The arrangements are not the most creative, but I think it suits the mood of the songs and it's lyrics. And most importantly, I think it's the kind of arrangements that will appeal to most people. Talking bout lyrics, it's straight to the point and easy to understand. Except for track no. 6 A Note, which the vocal is a bit heavy with effects and hard to figure out.

The mixing is ok. Instruments and vocals are well balanced but I feel that more depth and width would give a more immersive feeling when listening on a headphone as most of the songs have melodious synthsizer riffs. Compressions are just about right. I don't hear any clippings and volumes are not pushed to the max.

Overall, I think Luna is a good album. Perfect Scums has done a good job here and you should definitely check it out.

Now some info on the band and their album. 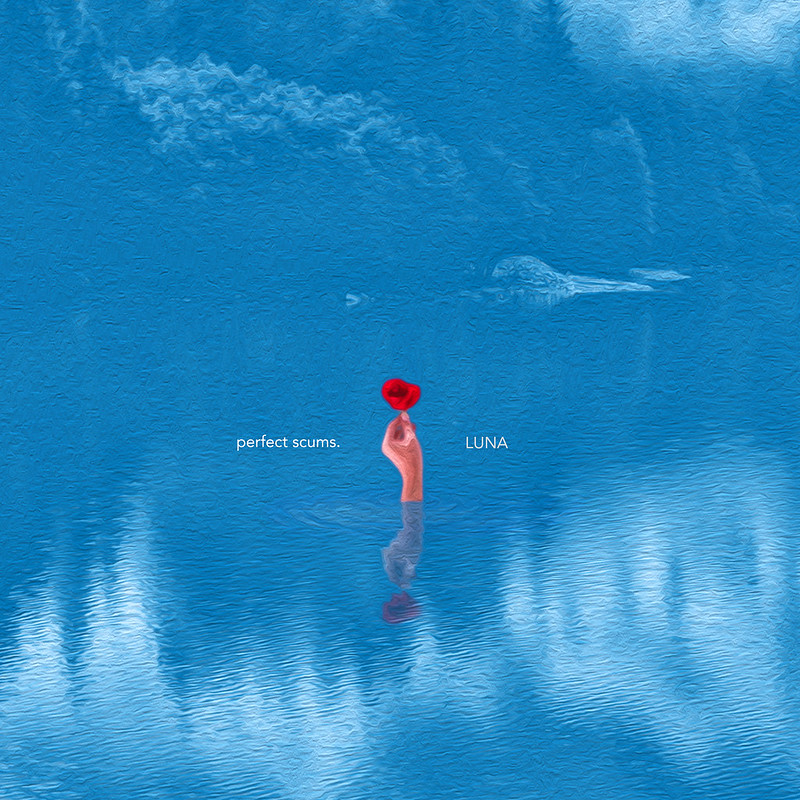 About the Band
Perfect Scums are a Bruneian Alternative Synth-Rock band from Brunei Darussalam. Formed initially as a one-night-only prom band for their school peers in 2009, armed with Nirvana and Muse covers, with a side of J-Rock. In 2010 the band pursued writing their own music which resulted in their EP debut - Social Anarchy - in 2012. Prior to this, the band has gained public attention by reaching the finals of a high-profile nation-wide televised Battle of The Bands.


In 2014, the band released their first LP - Chapter 13, which displayed an evolved version of their initial sound, and their introduction to the use of Synthesizers. Mixed with their heavy guitar sounds, the band cites inspiration from albums such as "White Chalk" by PJ Harvey and The White Lies.


Their follow-up LP (2016), Electronic Heartbeats, introduced a heavier contrast in their guitar-synth mix, focusing more on the latter. The album took its inspiration from 80s Synth bands such as Depeche Mode and New Order. The album gained mix reviews due to its departure from the band's indie-gothic elements, and into a more neon-esque inspired theme. Due to these constant shifts in the band's sound, the band has been known by long-time listeners and new followers as a 'chameleon band'.


Perfect Scums does not shy away from experimenting with genres when writing music. Their album 'LUNA' will be released in 2018, citing influences from funk and R&B music, which are evident in their new singles 'Dreaming' and 'Oh, K...'.

About the Album
"LUNA" is the 3rd Studio Album Release by Bruneian Goth Pop band - Perfect Scums. The album contains 11 songs, which were written by members of Perfect Scums, and produced, mixed and mastered by local record label BitPulse Media, who signed the band in 2015.

The album is due for release on the 22nd of June, 2018 exclusively on MSMARG.COM and on all Online Streaming Stores, which includes iTunes, Deezer, Spotify and GooglePlay Music, where as tangible copies such as CDs and Vinyls will be available by October, 2018.

"LUNA" is essentially a Goth Pop album with strong musical influences from other genres such as R&B, Funk and Synth-Pop, but delves within the subjects of mental health, mortality, morality, mortal consequence with regards to substance abuse and questions on existentialism.

Perfect Scums is first and foremost a "Chameleon Band" or a 'Concept Band', where every studio release introduces a different theme or motive. Long time fans and listeners from 2009 up until now will recognise the band's habit of shifting from theme to theme. There is never a consistency in musical aesthetics, except for the usual topics the band covers, such as mental health awareness.

"LUNA" is part 1 of a Double Album, Part 2 being called "SOLIS" which is due to be released in late 2019. "LUNA" show cases the band's more toned-down and poppier side, where as "SOLIS" will be a more experimental album. "LUNA" is a literal Spanish translation for 'Moon' (represented by the band's current blue coloured theme), and 'SOLIS' for day, symbolically representing the different concepts of the albums. The concept and album titles were coined by the band's lead guitarist, Afiq Azmi.

Music Production for LUNA began in April 2017, 5 months after the release of their 2016 album "ELECTRONIC HEARTBEATS", and officially came to an end on May, 2018. Their first single from LUNA, called "Dreaming", was recorded with and featured on Progresif Cellular's 2nd 'Locals Only' Music Compilation Album earlier this year, followed by the release of their 2nd single from the album "Oh, K..." with a music video directed by Constructivists Studio, and is currently available on the world-wide online music video platform - VEVO.

Album can be purchased via MSMARG.COM, Apple, Deezer, Amazon, Google Play, Shazam and can be streamed on Spotify.

Merchandise such as apparel are also available on the official band website on www.perfectscums.com